"They tried to give me advice /Down at the record shop/I said sit down boys
This may come as a shock/but all I listen to/It's all freedom rock
How can you free me / When I'm free?
I am free"
- Frank Black, Freedom Rock 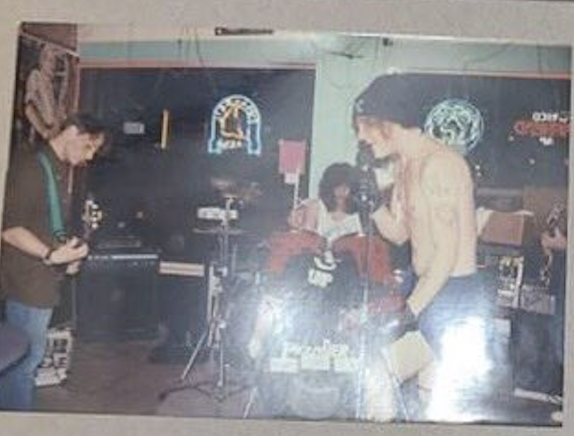 So I finished watching the Beatles documentary. The creative process was illuminating - whether you're a team coming up with ads, or a songs, it's the same. It was very humanizing, and yet, like getting a glimpse into how Jesus and the Boys came up with scripture, because so many of the songs are part of a our cannon. To see the beginning of Get Back, or Something, or The Two of Us or even Octopus' Garden. These songs are the furniture of our lives. It's hard to imagine anyone ever "coming up with them" - they were just always there, you know? To see these guys workshopping the lyrics, it's like "You're getting the words wrong! Don't know the words! The whole world knows the words!"

They are all fighting like family and then with Billy Preston coming in, they're able to just jam and it not only adds something fresh creatively, but it's like when you're fighting with your family or your wife and then someone comes over and then you're on your best behavior all of a sudden.

And the concert on the roof - they're having so much fun. Especially Paul. But it just makes me sad that that was their last concert - I guess it's cool but what it really felt like was that they were chased by their fame up onto a freezing roof and that was the only place that they could play anymore. Paul and John in particular just crave an audience and that's all that's left.

More interpersonal stuff: John is the leader, but sort of mia as a songwriter from this session - but he's still the captain that brings it all together.

And Yoko is intrusive and so annoying. Really annoying.

After part III wrapped, I just didn't want the spell to end. So I watching Beatles videos on YouTube. There honestly isn't a lot of content. I watched a video of Paperback Writer. The Beatles are compelling on film and they ... especially Jon is conscious of the camera and playfully aware and always clever and sometimes laugh out loud funny. On this particularly playlist was other bands, mostly from the 60's. Kinks, Yardbirds, Beatles, Cream. And there is this huge gap - in my view - between 1965 which is sort of high British Invasion, the pure smart pop of Rubber Soul and Revolver. (Rubber Soul came out three days before I was born, which makes it make sense as a sort of dividing line between all that came before and a sense of "now.")

But one thing that really struck me is the chasm between the high power pop of 1965 and the hippie psychedelica, blues riff vamping of 1968. That's just three years. But it's huge to me. It's bigger than 1997-2022 in terms of musical and cultural change. Completely different worlds. Not sure what this means, other than, I feel like in terms of actually "progress" we are spinning our wheels. We have new technology and we have no new consciousness.

Album of the Month right here. Mdou Moctar is from Niger, from the school of Taureg guitar. He seems to like Eddie Van Halen a lot. The band is a straight up 4 piece, and he does a lot of interesting fingerpicking stuff. It's a rock band, but an unmistakable tribal authenticity..