Welcome to Camp Pen Cramp
An island of misfit tales.​

A few things to keep in mind.

For the record, we hate the word poetry. It has a bad mouth-feel, like cheap wine that wishes it was from France and is really from a rusted-out rain barrel in Tukwila, Washington. At Camp Pencramp, we much prefer camp songs. We all do. So we have that in common. The emperor was half-undressed already and now we've called a heart a heart, a club a club, and a garden spade a trowel.
Poetry en espanol es Poesia. Muy mejor.


Article, editorial, entry, op-ed, study, paper, post, thesis etc -- all this sounds too much like a job and/or homework.

Blogs. Seemed like a good idea at the time. 2008 being that time.

Now it's all about "content." The winter of my diss-content. Save us.

How about "Journal," you ask. Ok as a noun; acceptable as a verb.

Nothing too extremely novel about a "novel." In the fantabulous words of Father John Misty, "I'm writing a novel, because it's never been done before." An "essay" is, of course, just an attempt, and to quote Yoda, "Do, or do not. There is no try." Biography? Autobiography? Oh, save us. Just what the world needs - Sigh. Remainders, here we come! Honestly, we have no idea if you're interesting until you've been dead for at least 100 years. Here's an idea: Maybe instead of writing a book ... let's all read one! But we know; who has time. So much to be liked, followed and so much binge to be watched. And as for the onslaught of "My big insight or life turnaround life, TED-talks-that-became a book, life-hack BS, whatever. I mean, if you're so great at life, just go live it and quit trying to make money telling other people how to live theirs."

And so the upshot of the lowdown::>

Here at Camp Pencramp, we have songs. And, we have stories. Jokes and asides and digressions are okay, too. Who doesn't like to sit around the campfire and sing songs and tell stories and tell a joke or two?

Note - if you do venture out on the lake, remember, lifejackets are required. 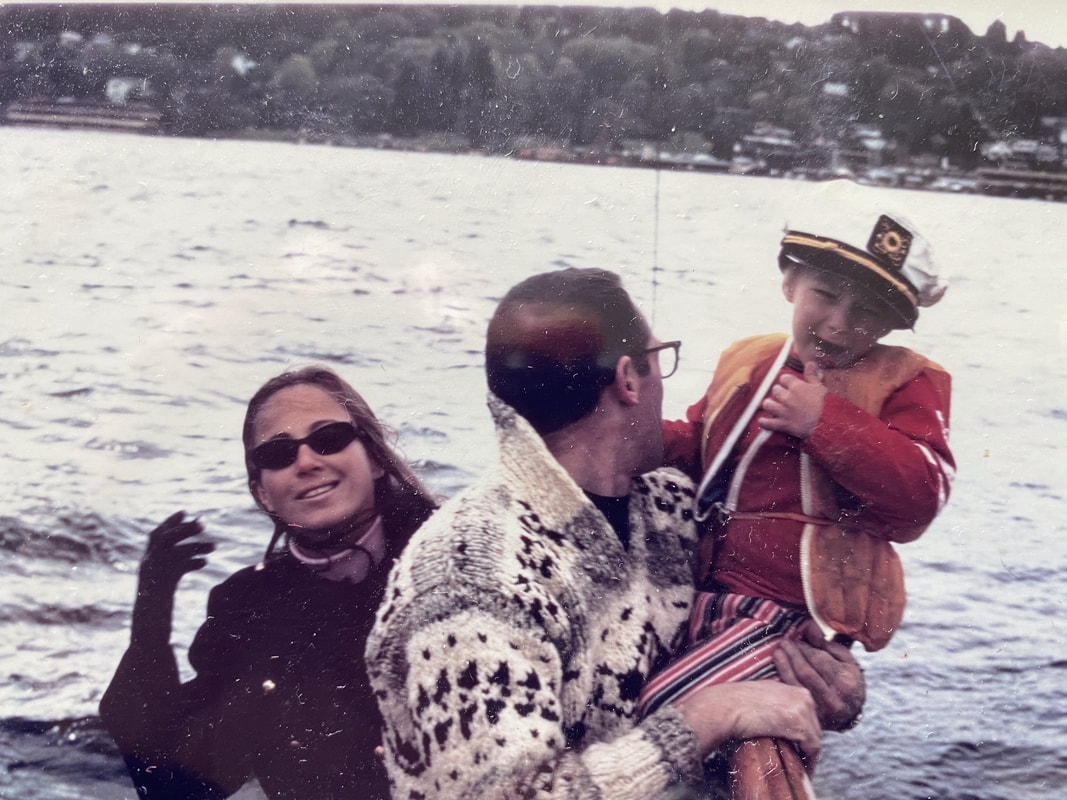 Sandra and Marty Godsil with their son Max, circa 1970.